A PHP Error was encountered

Message: Non-static method Minimee::usage() should not be called statically, assuming $this from incompatible context

Featuring / Expedition To The End Of The World 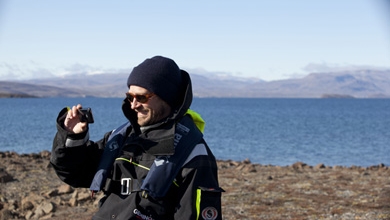 I've really been fascinated by the apocalypse, but now it's a little like I am cured.

"I can see myself on board the good ship has just berthed quayside. I see myself on the blue waves in sailor suits. Waving goodbye to heartache and worry and follow the compass needle all over the seven seas, bring a skipper wreath, stop me a pipe of the finest Virginia tobacco, beating my coat collar up against the trade winds, down to the distant shores, tail trawl in and out, see the world through my cabin porthole, nap in a hammock of hemp canvas, let the chef pouring of the steaming casserole for evening meals downstairs in the galley. What do you say, captain, I call down from the land. Are you sure that you can not use someone like me? " 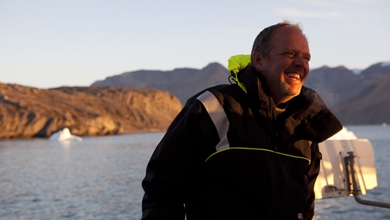 I want to create the wildest cinematic feature like the experience of being there. And make a visual prove of the great change that the end of the last ice age - not with any morals or climatepanic, but definitely an inspiration for future generations.The power of ice - experienced 23 years after I went across the Greenælandic Inlandice in 1988 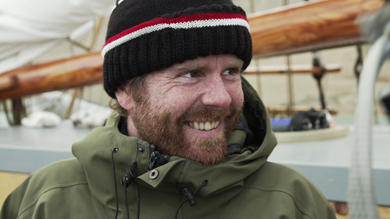 "Northeast Greenland Expedition is for me a great mythological framework for a story about the way we create meaning through art and science by searching into unknown territories geographically and cognitively." 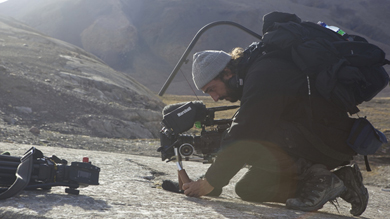 I hope the meeting with the unknown, the untouched, the alien, in that it will focus the senses in time and inspire great pictures.

Throughout my childhood, I have heard stories from Greenland. My uncle and his family lived for almost 40 years on the east coast of Greenland. Through them, I heard every year wonderful stories about the enormous nature, the great light and the deafening silence. The images tinted themselves on the retina, and I have since had a big dream to get there. It is great that I can now get the opportunity to get up there! I hope the meeting with the magnificent and grand, epic. I hope the meeting with the unknown, the untouched, the alien, in that it will focus the senses in time and inspire great pictures. I hope the meeting between science and art will provide plenty of food for a great movie! 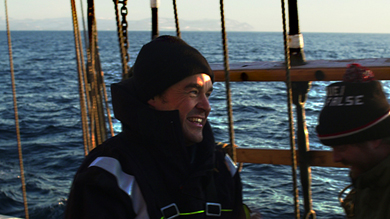 “Looking in the direction indicated, my eyes were attracted by the gleaming of a pale, silvery spire which appeared to push itself upwards and outwards through the vapours that surrounded it" - William Bradford, The Arctic Regions (1873) 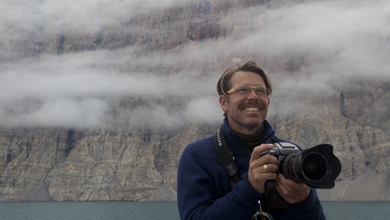 We scan everything in the blender with the latest technology and human curiosity.

Working as a fashion and interior design still photographer from1985-95

Acknowledgements
Torben Forsberg recieved personally "The Royal Medal of Recompense with Crown" from her Majesty Queen Margrethe II of Denmark for his work on Expedition Sirius 2000.
The Short List Kodak Award, San Diego, USA 2005 for "Heartbeat"

EXPEDITION SIRIUS 2000
TV series 5 x 42 min. episodes
Torben Forsberg was Director / Cinematographer and full-time member on the 125-day expedition, with participation of His Royal Highness Crown Prince Frederik of Denmark. A 3000 km journey on skis and dog-sledges around the northern coast of Greenland following in the footsteps of past explorers during the musts testing of conditions on the planet elsewhere Temperatures fall below -47 degrees Celsius. Produced by Nordisk Film Production
DAKAR RALLY 2006
"Against the Race", 52 min.
15 days and 9.500 km from Portugal to Dakar through Spain, Morocco, Mauritania, Mali, Guinea and Senegal. Torben Forsberg was full time driver (Volkswagen Touareg) and DOP in the rally. Directed by Wadt Thomsen. Production company: Thura Film Production
"S / Y NORDKAPEREN ACROSS THE INDIAN OCEAN"
Documentary-Feature 106 min. for cinema release
Subsequently released for television (4 x 52 min. Episodes)
5 months sailing on board the 100-year-old yawl "s / y Nordkaperen" from Thailand to India, Oman, Eritrea, and Egypt.
A sailing travel adventure visiting 4 continents. Directed by Ulrik Bolt-Jørgensen. Produced by Arena Films
"THE ROYAL DANISH NAVY IN 500 YEARS"
52 min on history of the navy's work around Greenland and Iceland. Sailing 5 weeks on the Danish Navy expedition ship "Vædderen" to the most north-eastern tip of Greenland, being the first ship ever to sail this north.
52 min from a navy expedition in the Baltic Sea describing the early maritime wars between Denmark and Sweden. Director: Troels Rivendell. Produced by Film Company The Blue Dolphin
"THE PRICE OF THE POLE"
Torben Forsberg Traveled in Northern Greenland for four weeks together with six Inuit hunters hunting of polar bears.
Amnesty International Award 2006. Directed by Staffan Julen. Produced by Haslund Film.
"Dogon - DAYS AROUND A Damma"
About the Dogon Tripe in Mali, West Africa. Directed by Søren Kragh Sørensen. Produced by M & M Productions
"THE DOLPHIN - A GIFT FROM ALLAH"
Documentary on the ways of communication mellem Bedouin and dolphins in Egypt, Red Sea. Directed by Robert Fox. Produced for TV2 Television
"COWBOY & ANGEL"
Documentary about the Royal Danish Ballet's director Flemming Flindt
Shot in Florida, Texas and Denmark. Directed by Valerie Saunders. Produced by Easy Film